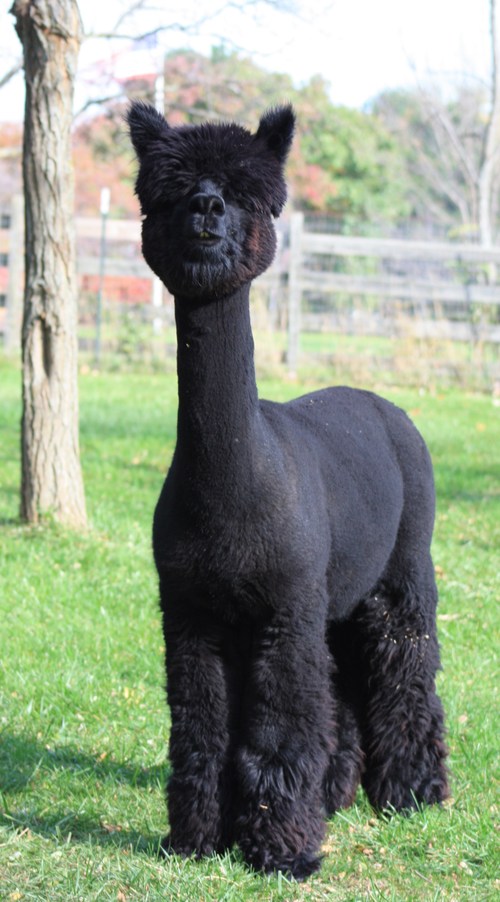 Ask a question
Details
Certificate
Genetic testing on Kodiak indicates that his color genotype is: Eeaa which means that he carries one dilution gene and both alleles are black. Kodiak can produce light color offspring depending on the color genotype of the dam. We knew this about his production. Typically, Kodiak produces black when bred to females who have black behind them or are black.

Kodiak will be splitting his time between Skyfiber and Blue Ridge.

In 2021, Kodiak's offspring continue to stand at the top of their classes.

The 2015 show season began with Kodiak cria taking home Color Champion and Reserve Color Champion. To top it off, Kodiak won first for Get of Sire, and Lisa took a blue in Breeder's Best of Three with three Kodiak TB female cria! Add to that, Kodiak showed as an almost six-year-old and won Color Champion as well as a blue! Amanda loved his staple, fineness, uniformity, density, conformation, and true black color!

This is an incredible male! Kodiak comes from a long line of champions who produce champions. His sire is CPeruvian Axion Jaxon. Kodiak's dam is AVC 20th Century Fox who is sired by 6Peruvian Accoyo Titan. She also carries Accoyo Camilio behind her.

Not only is Kodiak genetically packed, but he also has perfect conformation. Kodiak is a compact male with a large straight bone structure. His bite is perfect, and if you look at his photos you can he is gorgeous. He has personality plus! He commands an audience wherever he is.

As for his fiber, it is not often you come across a true black with NO white fibers. Kodiak is solid black with uncompromising fineness, density, and uniformity of micron and crimp. 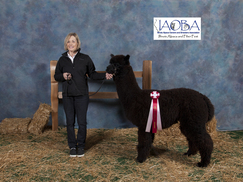 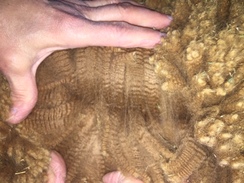 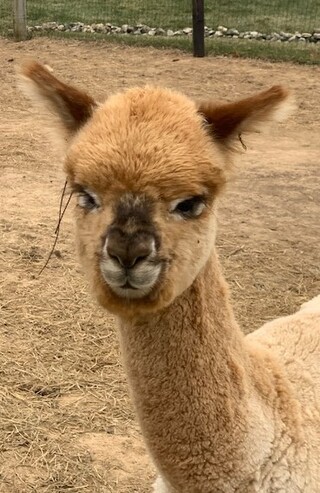 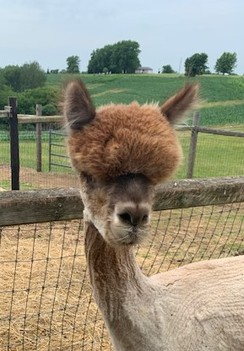 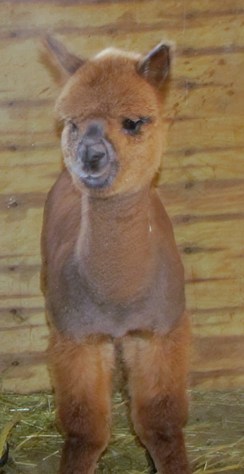 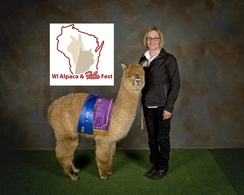 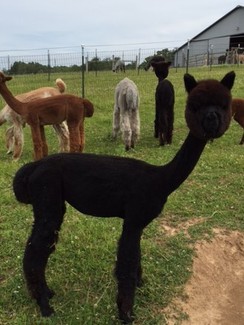 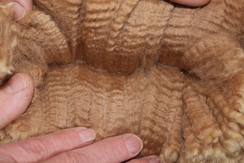 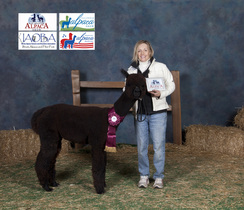 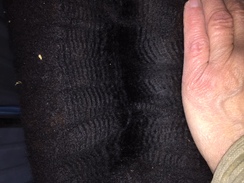 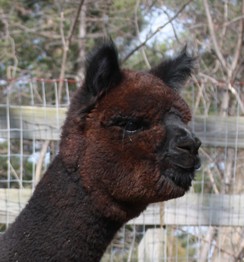 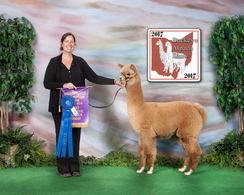 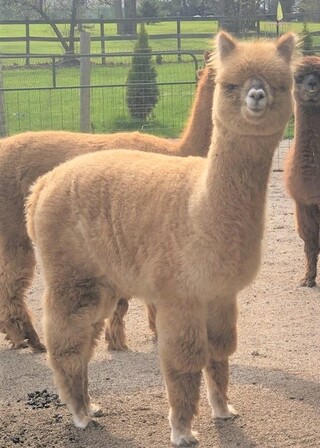 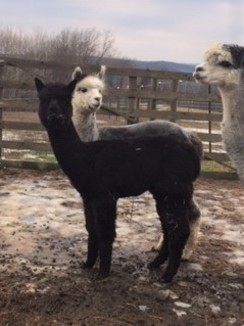 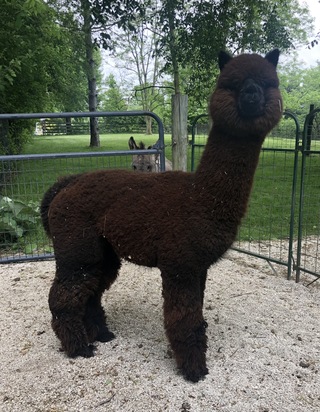 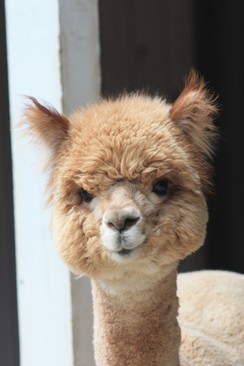 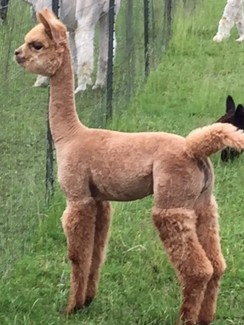 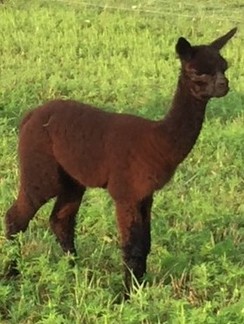 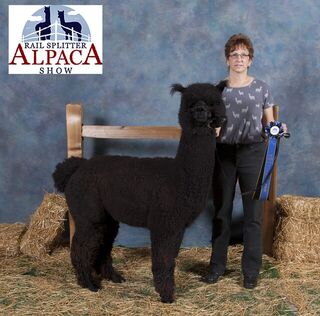 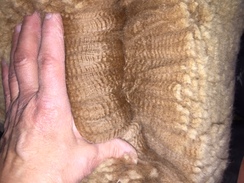 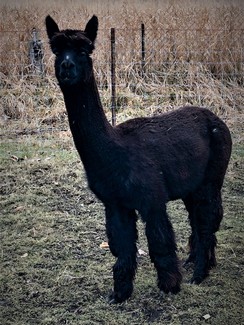 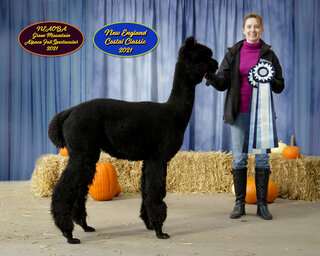 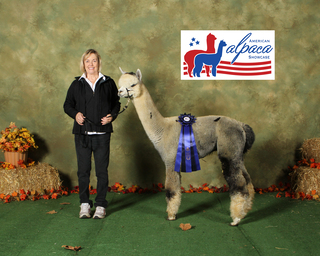 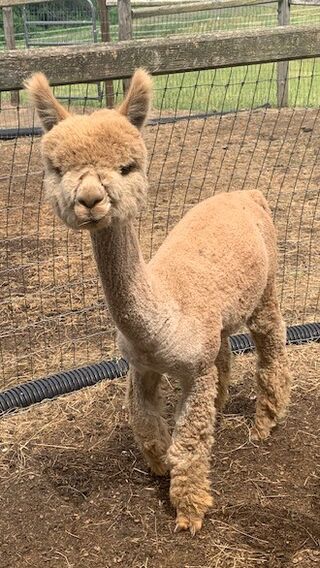 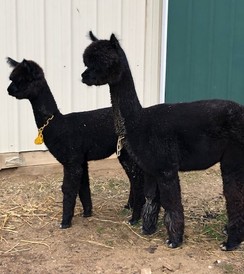